Last week the Simpson team returned from the Wesman Simpson booth at IFEX 2018 in Gujarat, India. The 14th edition of the International Exhibition on Foundry Technology, Equipment, Supplies and Services show floor reflected an enthusiastic energy among attendees as foundry production levels continue to grow with the help of continued political and economic stability.

Mr. Quintella informally asked both the IFEX attendees and the foundries he visited the week leading up to the show about how their foundries were running. This time last year Indian foundry production levels seemed to be at 60-70% but throughout 2017 foundry capacity has grown averaging 90% with many plants he spoke with reaching 100% volume limits (two twelve hour shifts, six days per week).

Many people that stopped by the Wesman Simpson booth were talking about increasing the quality of their castings through the use of sand cooling systems. Mr. Quintella noted, “One customer that visited our booth stated that when they stopped their Simpson Multi-Cooler® for just a ½ hour, they immediately saw the negative impact in the sand system.” Foundries like this already understand that they can produce more profitable castings in two ways: 1) Controlling the temperature of return sand allows for optimal mulling and 2) Pre-mixing sand eliminates return sand variations enabling stable moisture content, about 2.0% +/- 0.2%.

Among foundries, India is experiencing a market consolidation. Most foundries realize an output of 500-700 tons per month but through mergers, acquisitions and partnerships, foundries are becoming larger and are looking for automated ways to improve production and reduce casting defects.

The Simpson Hartley® was showcased in the booth and garnered significant attention because as foundries increase their production levels, they can no longer rely on a manual method of feeling the sand to determine appropriate moisture content (compactability) and must find ways to reduce process variability for EVERY batch hopper. Attendees were interested in the on-line control and automation system because it allows foundries to control compactability to +/-3 points in 90%+ of tests and collect essential data parameters to make better decisions and better castings. 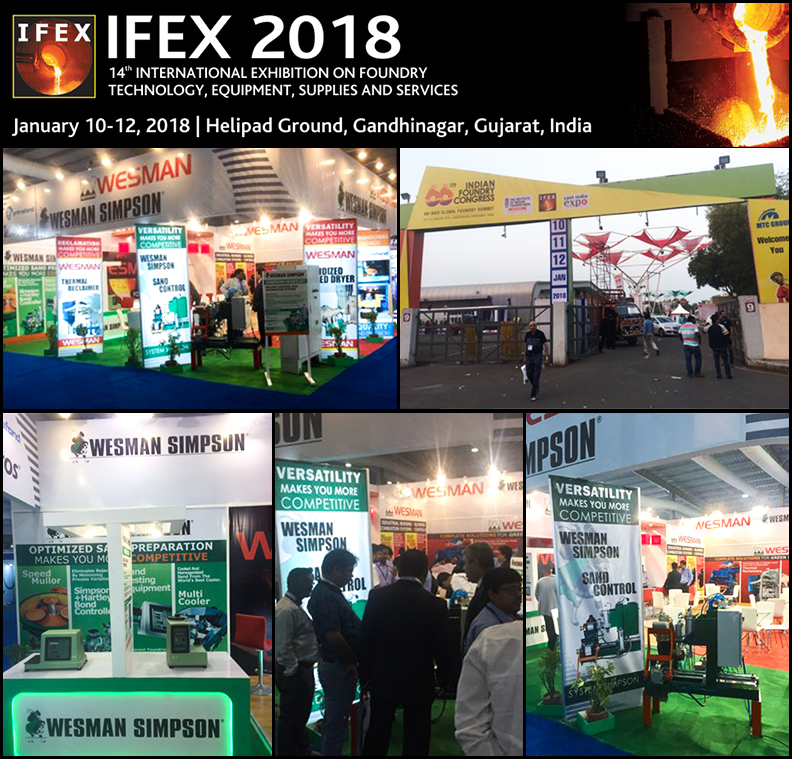